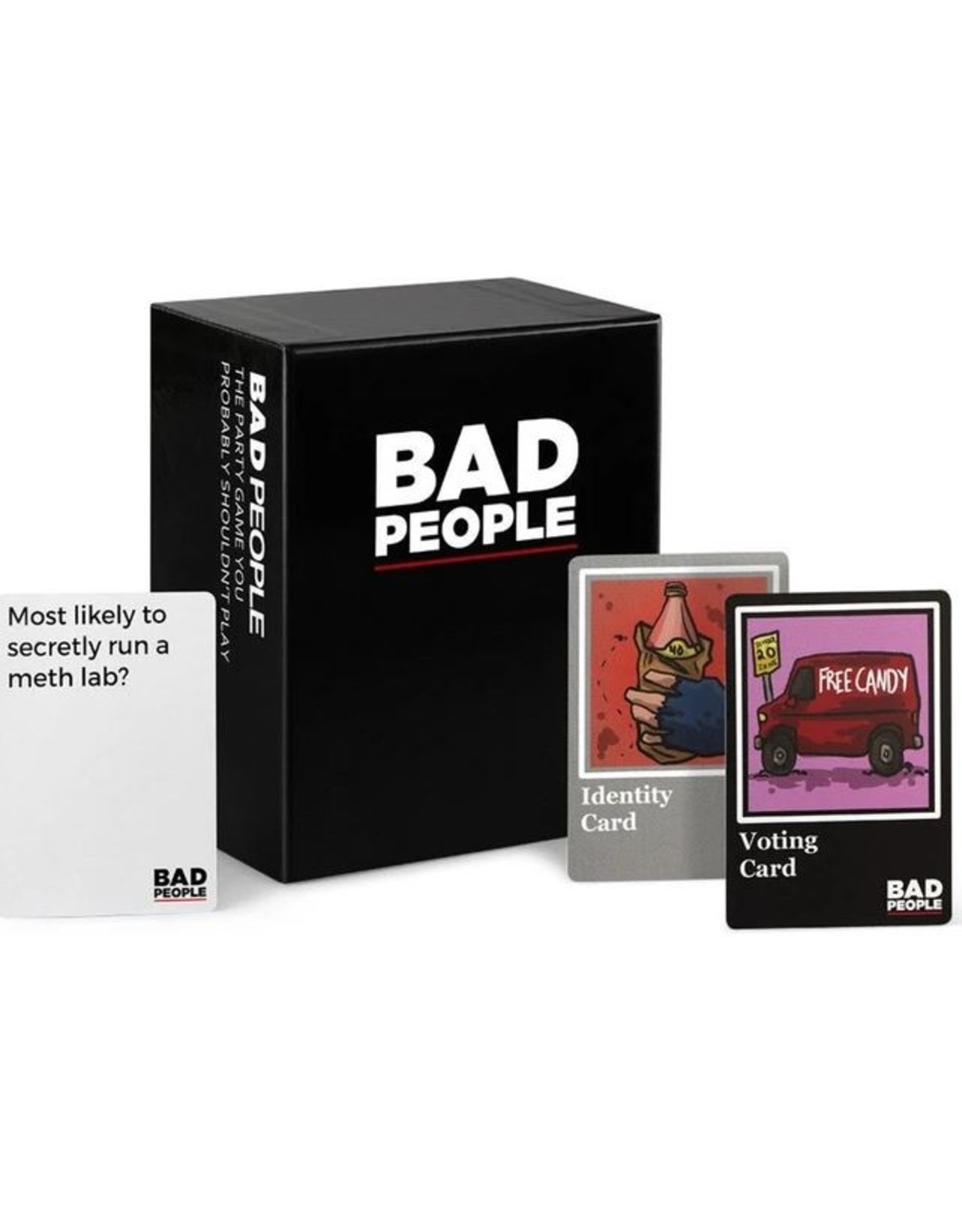 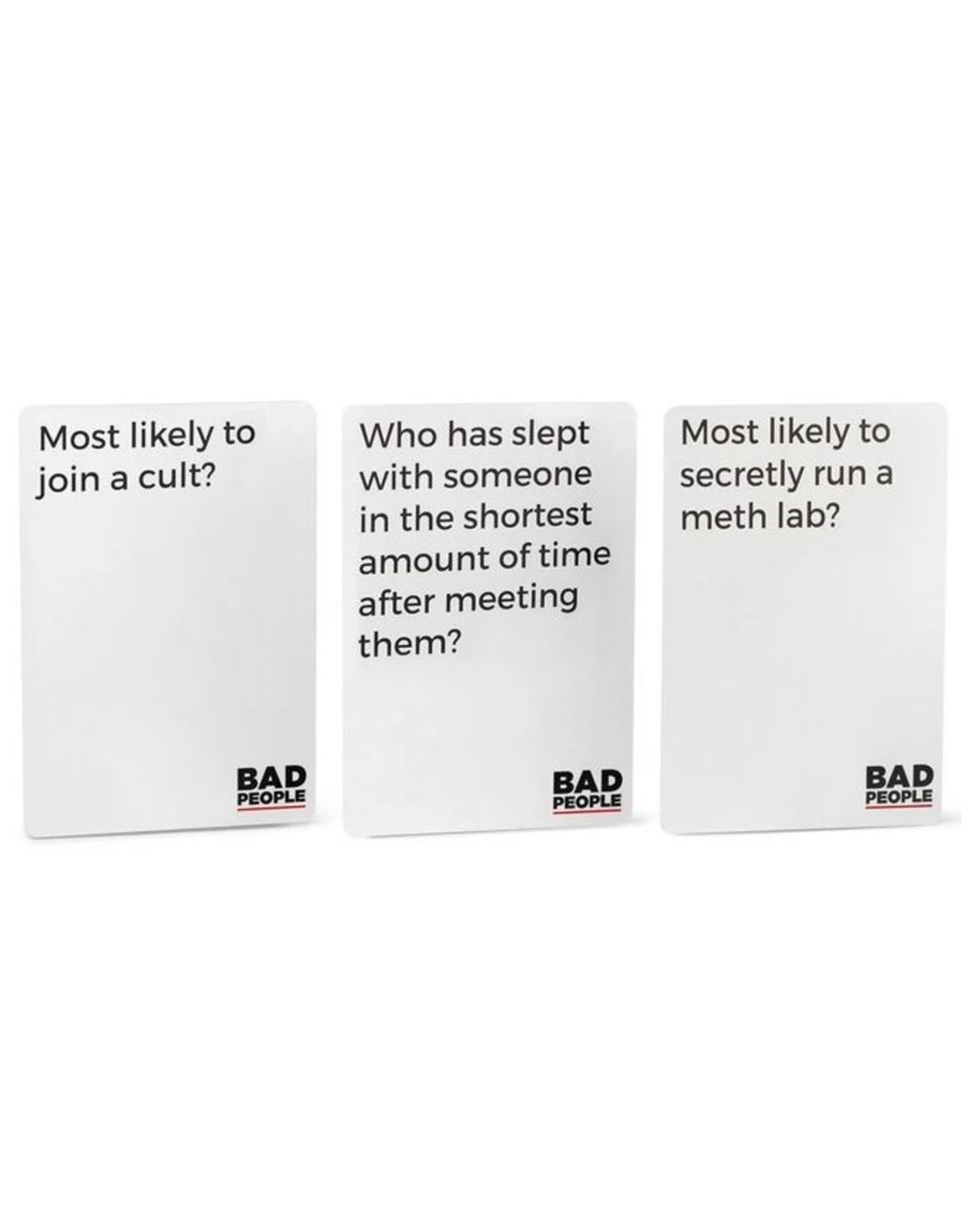 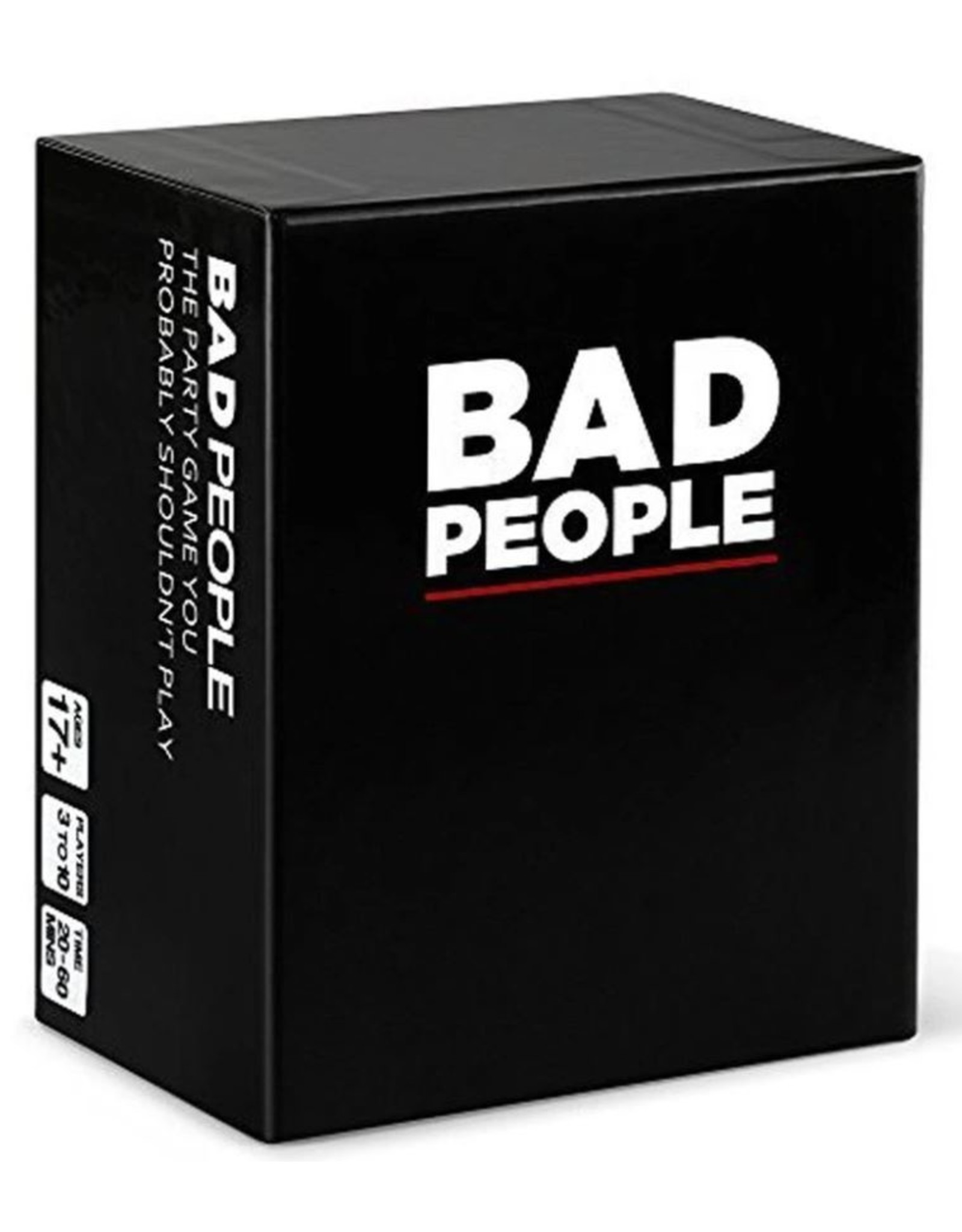 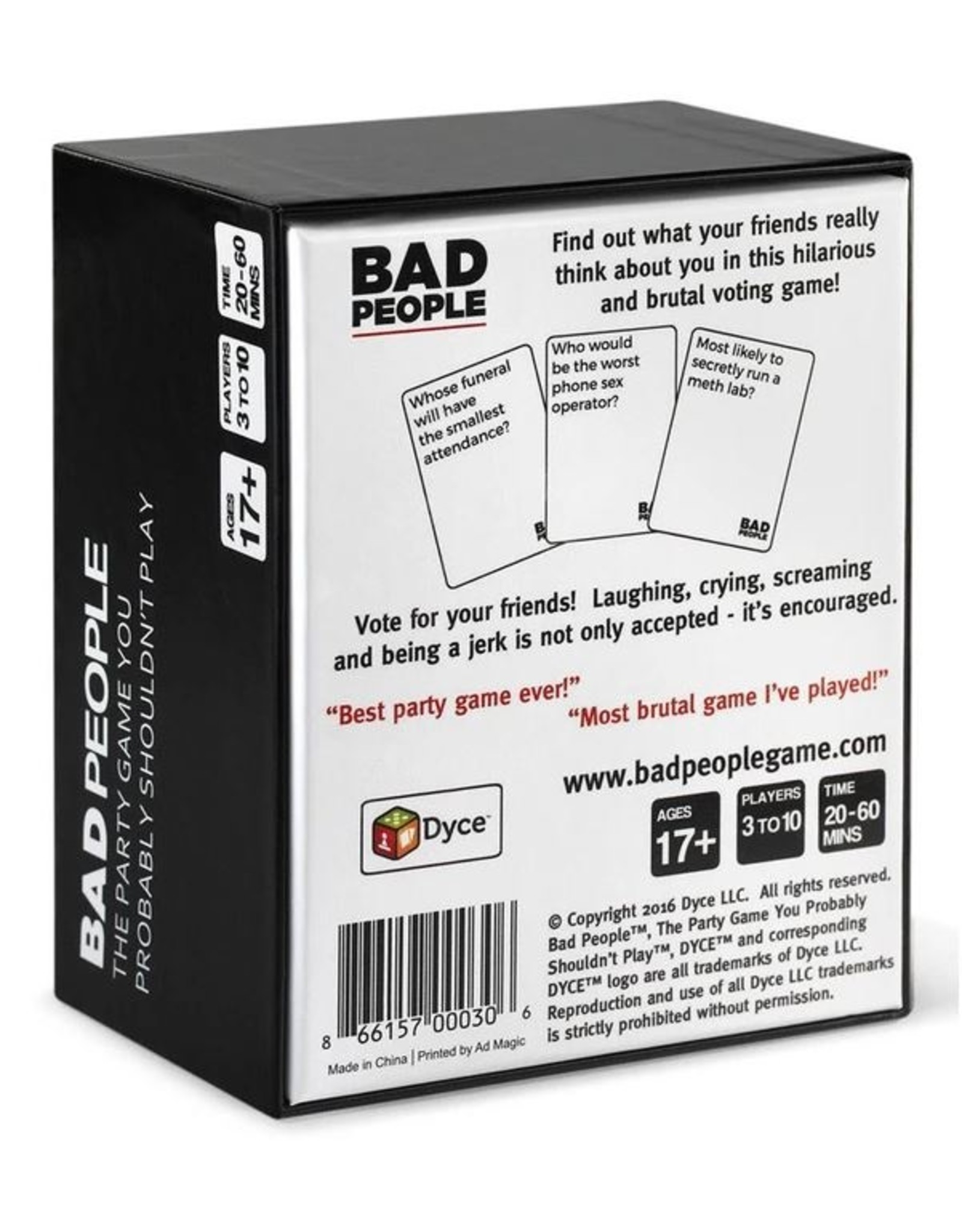 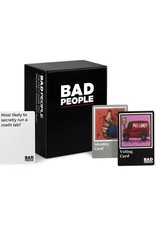 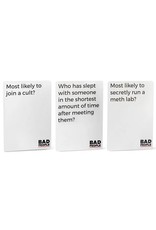 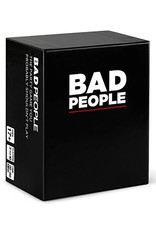 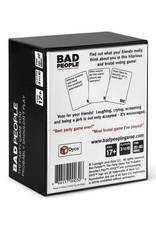 Playing Bad People may cause laughter, tears and irreparable damage to friendships and egos.

Most likely to secretly run a meth lab?

Who would be the worst phone sex operator?

Most likely to join a cult?

Who would be the most successful serial killer?

What Players Are Saying:

“More brutal than Cards Against Humanity”

Each round, one person reads the question card out loud to everyone playing. All players then vote for which player is best described by the question.

The object of each round is to cast your vote for you think the question card reader will vote for, and not necessarily who you would personally choose.

You get 1 point each time you’re correct and there’s also an awesome double down card if you’re really confident about your vote! The first to 7 points wins! 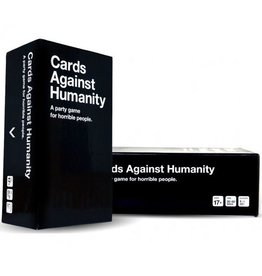 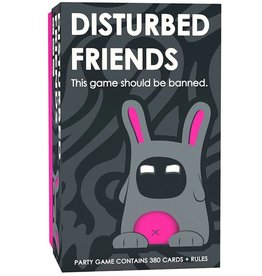 A party card game you will wish you never played. Find out what your family and friends really think about you.
Add to cart
Disturbed Friends
$49.99