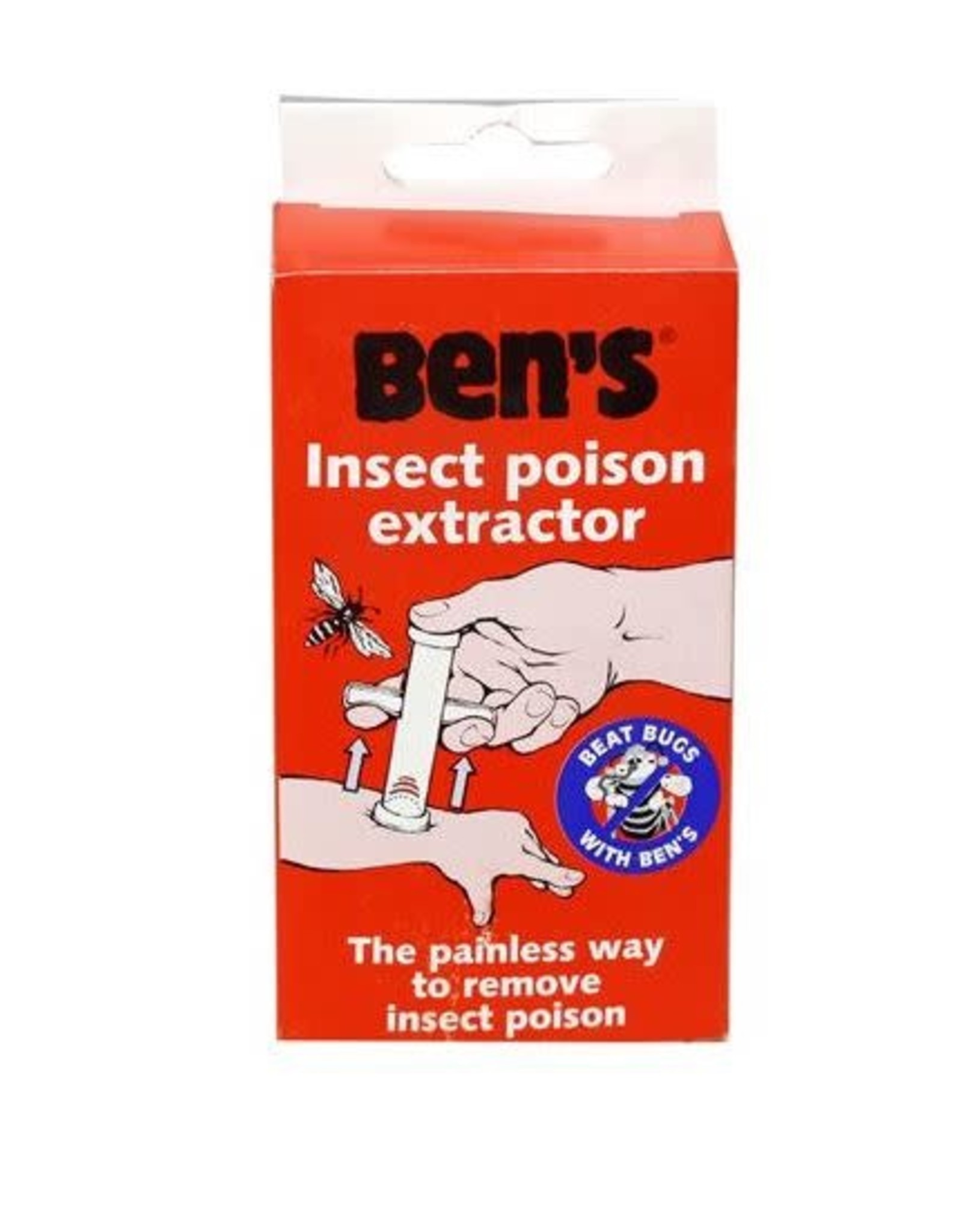 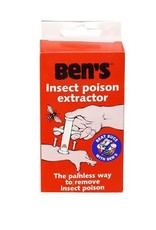 Take it with you on holiday and always keep one handy in the home.

Ben’s® Insect Poison Extractor is a novel device for the painless removal of insect poison thereby relieving the discomfort caused by insect bites and stings from wasps, bees and mosquitoes.

The product consists of a one-hand operated vacuum pump that can be placed on an insect bite in such a way that the insect poison can be drawn out through the wound.

Sometimes the sting of the insect breaks off and remains in the wound. For this reason the handle is constructed in such a way that it is possible to remove the sting first by scraping it off with one end of the handle.

For maximum effect use the poison extractor immediately. The action can be repeated as many times as necessary.

For smaller areas such as children’s fingers the suction cap can be reversed.

Make sure Ben’s® Insect Poison Extractor is always at hand: on holiday, in the garden, in your fishing or golf bag, out on the terrace or on a string around your neck on walking tours - in short everywhere where you might get bitten.

Sufficient vacuum power - not too much

Can be operated by a child